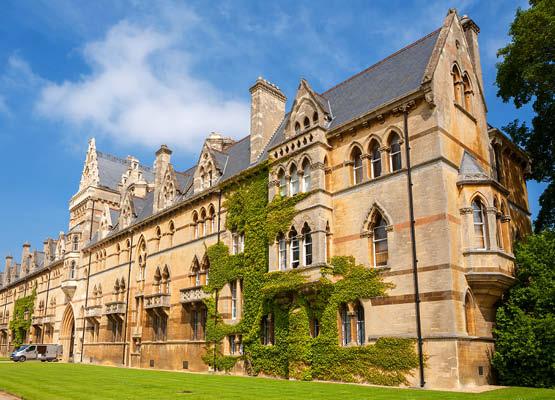 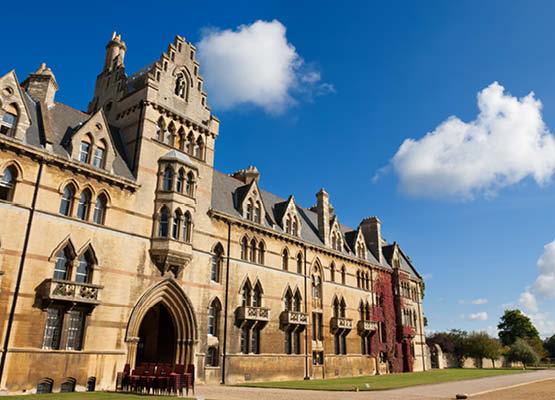 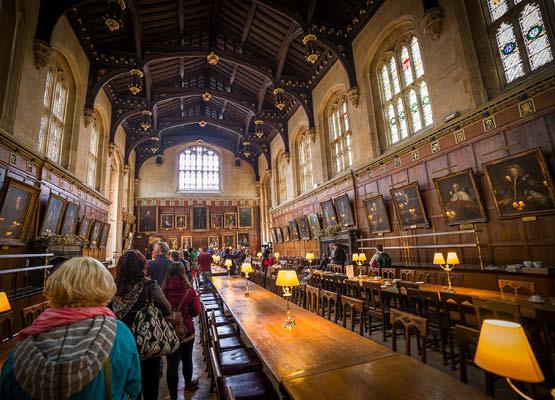 Founded in 1525 by Cardinal Wolsey as Cardinal College, and then re-established by Henry VIII in 1546 after Wolsey fell from power, Christ Church is now one of the leading colleges in the world and plays an integral role within the University of Oxford and the city itself.

Over the years Christ Church has been attended by many distinguished students, tutors, and visiting academics. These include the physicists Robert Hooke and Albert Einstein, poet W.H. Auden, broadcaster David Dimbleby, the screenwriter and founder of Comic Relief Richard Curtis, as well as 13 British prime ministers.

Nowadays visitors can stroll through the tranquil landscape of Christ Church Meadow, enter the majestic Meadow Gate and walk in the footsteps of academics, royalty, Lewis Carroll’s Alice and even the witches and wizards of the Harry Potter franchise - Christ Church was used in the film series as part of a set for Hogwarts.

Guided tours of the college and grounds are available for an additional fee; providing visitors with a deeper insight into the history of the college, architecture, staff and students. Led by one of Christ Church’s experienced custodians, the tour will explore locations such as the Masters’, Pocock and Cathedral Gardens, cloisters, quads, Hall stairs, and if open at the time, the Hall.

Visitors can also access the Picture Gallery which has a range of paintings, drawings and objects from artists throughout the ages. Past exhibitions include: Undisputed Masterpieces: General John Guise's Swans - Leonardo, Michelangelo, Titian, and Drawing in Red, which showcased 30 drawings from Michelangelo to Bernini.

• The Cardinal’s red hat, which is preserved in the Christ Church Library, is still used in the college crest, while a full-length portrait of Henry VIII now hangs in the Hall.

• The dining halls at the University of Chicago and Cornell University are both reproductions of the splendid dining hall at Christ Church.

• The famous ‘Tom Tower’, over the entrance to the college, was designed by the architect and ex-student of the college, Sir Christopher Wren.  The bell in the tower is known as ‘Great Tom’, and chimes 101 times every evening at 9pm, once for each of the original 101 students of Christ Church.

• Christ Church is the largest and one of the most famous Oxford colleges. However, it is not correct to call it 'Christ Church College' – it should be called 'Christ Church' only, or informally, ‘The House’.