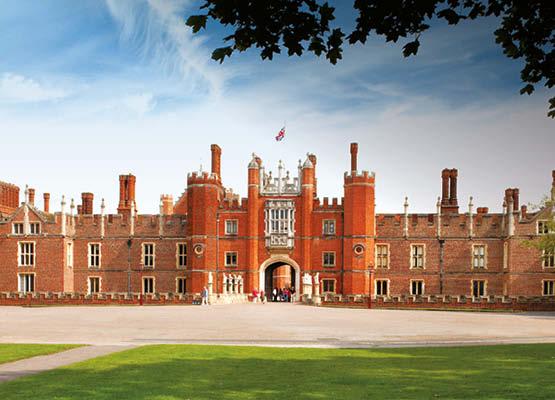 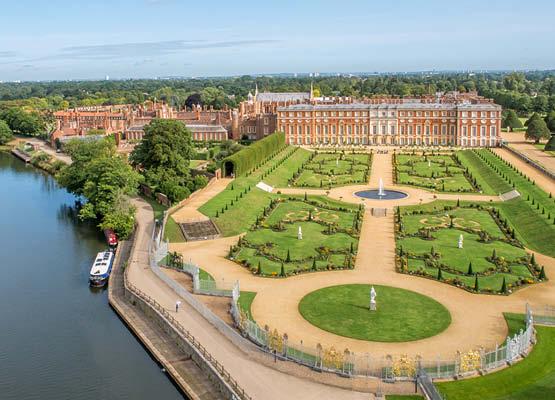 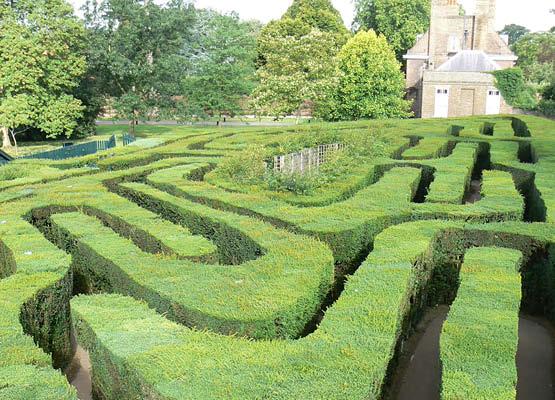 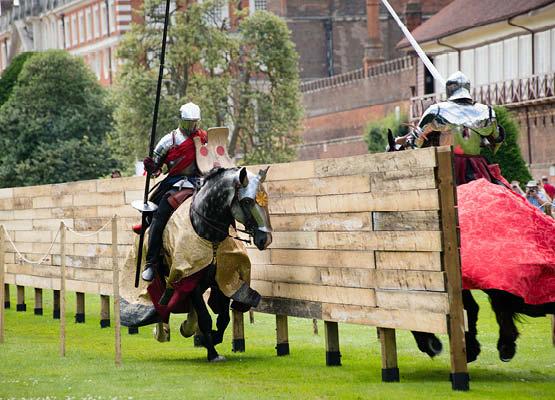 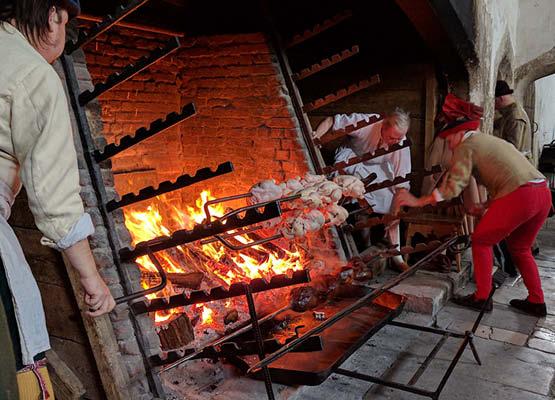 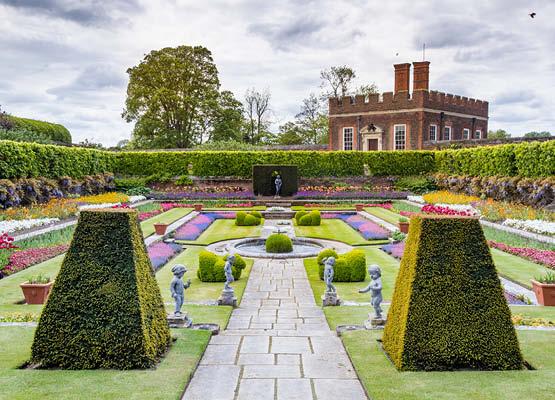 Hampton Court Palace is one of only two surviving palaces out of the many owned by King Henry VIII, the other being St. James’ Palace. The palace was originally built for Cardinal Thomas Wolsey, a favourite of Henry VIII; however, after falling from favour, the King seized the palace for himself and then enlarged it.

Later William III extended the palace, with the aim of creating a palace to rival that of Versailles. Construction destroyed much of the original building. The palace now is representative of two very different architectural styles, domestic Tudor and Baroque; however, there is a unity and sense of cohesion due to the use of pink bricks and symmetrical balancing of successive low wings.

The palace is surrounded by beautiful grounds, which are Grade I listed on the Register of Historic Parks and Gardens. The garden hosts a variety of plants and flowers, and its well-known feature, the Hampton Court Maze, which was planted in the 1690s for William III of Orange by George London and Henry Wise.

Other attractions within the Palace grounds include the real tennis court and the world’s largest grapevine. Every year the Palace plays host to a variety of events including the Royal Hampton Court Flower Show hosted by the Royal Horticultural Society.

Within the palace itself, there are incredible works of art and furnishings from the Tudor and Stuart eras. The Palace’s Royal Chapel features what is considered to be the ‘most important and magnificent’ timber and plaster ceiling in Britain. On the bridge to the great gatehouse grounds, you can also find statues of the incredibly sculpted King’s Beasts.

• Hampton Court Palace has been used as a site for movies such as Pirates of the Caribbean: On Stranger Tides, Disney’s Cinderella (2015) and Sherlock Holmes: A Game of Shadows. The palace was used as a venue to host the 2012 Olympic Games Road Cycling Time Trial.

• Van Gogh was a tourist at Hampton Court Palace, who later in letters to his brother Theo raved about its great works of art.

• The Great Hall was a stage where Shakespeare and his company The King’s Men performed several plays for King James I.

• The last monarch to reside in the palace was King George II.