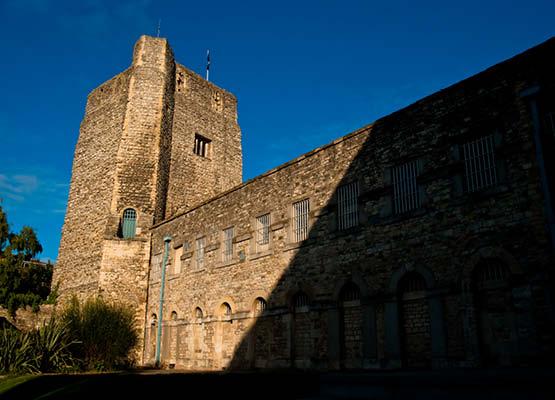 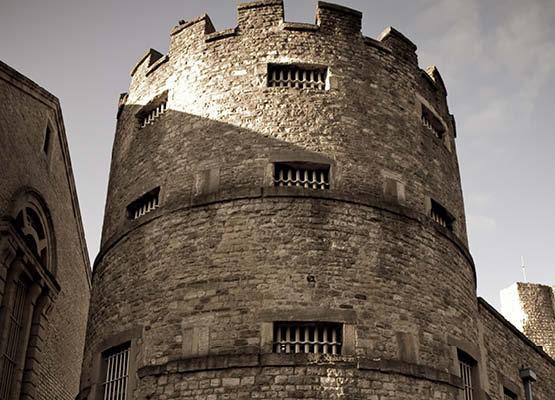 Explore 1000 years of Oxford’s history from within the walls of its medieval castle; climb St. George’s Tower; visit the crypt and enter the prison’s D-wing whilst being accompanied by a costumed guide.

Situated in the centre of the city is the Norman medieval Oxford Castle. Though partly ruined, the castle remains a great example of 11th-century architecture and a key site of British history.

The majority of the historical castle was destroyed by Oliver Cromwell’s forces following the civil war in the 17th century; however the original Norman mound, the crypt and St. George’s Tower remain. In the 18th century, a prison complex was added and remained operational until the 1990s. A decade later the prison was converted into a hotel and the castle was opened to the public as a museum and tourist attraction.

Tours are conducted by costumed characters like Robert D’Oyly, one of William the Conqueror’s distinguished soldiers and a member of his inner circle; Isaac Darkin, a notorious highwayman; Murderess Mary Blandy, and 1870’s Prison Warder Mr Barker.

Visitors can climb one of the oldest buildings in Oxford, the Saxon St George’s Tower, and enjoy its stunning 360° panoramic views of the city, then visitors can travel deep underground into the crypt, which houses the only remains of St. George’s Chapel and reportedly a few ghosts. There’s also a chance to climb the historic man-made mount as well as explore the 18th-century prison’s Debtor’s Tower and D-wing.

After each tour, there will be an opportunity to be inducted into the castle’s prison and the castle’s wider site including the gift shop and café which can be explored at your preferred pace.

• The crypt of Oxford Castle is reported to be one of the most haunted places in Britain.

• The mound has a well that was built 20m deep in the centre – it provided the residents of the castle with water in case there was a siege. It’s rumoured that after the civil war, humans, dogs and horses were thrown into the well to pollute the water source for the castle residents.

• The youngest prisoner reported was a 7 year old girl; she was sent to the prison for 7 days for stealing a pram from somebody’s garden.