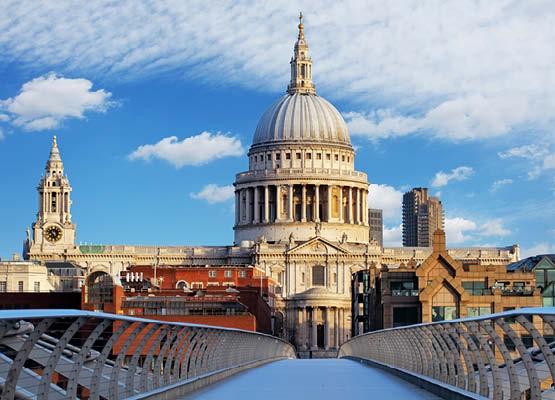 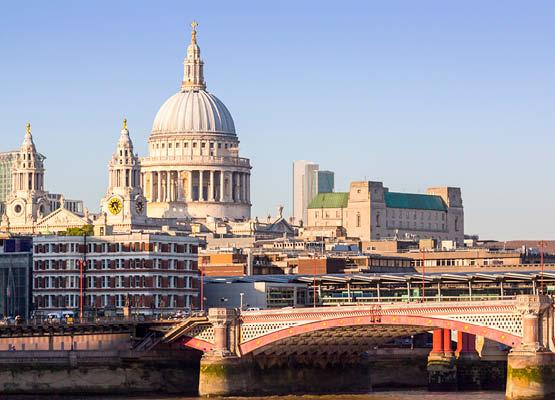 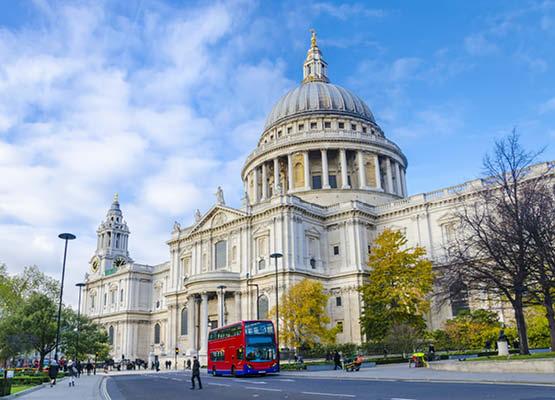 Sitting atop London’s highest point, on Ludgate Hill, is the mother church of the Diocese of London, St. Paul’s Cathedral. For 1400 years a church dedicated to St. Paul has stood at this point, overlooking the city, the four previous cathedrals that stood at this point were destroyed by Viking attacks and fires. The longest standing of the four previous cathedrals was Old St. Paul's, built in 1087, and which survived almost six hundred years.

The current St. Paul’s Cathedral was designed by famous English architect Sir Christopher Wren after the previous structure was damaged in the Great Fire of London during 1666, and the remains later demolished in the early 1670s. Inspired by travels to France and Italy, as well as Baroque architecture, it took years for Wren to complete construction.

The present cathedral’s dome has played an integral part in the iconic London skyline since the early 18th century. It has also seen many historical events including the jubilees of Queen Victoria, King George V and Queen Elizabeth II, the wedding of the Prince of Wales and Lady Diana Spencer, the funerals of Winston Churchill and Margaret Thatcher, and a 1964 speech by American civil rights campaigner Martin Luther King Jr.