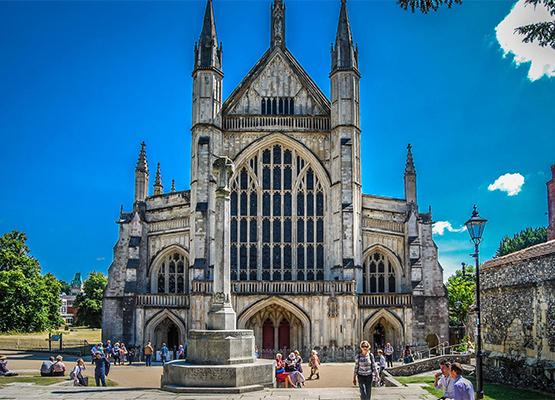 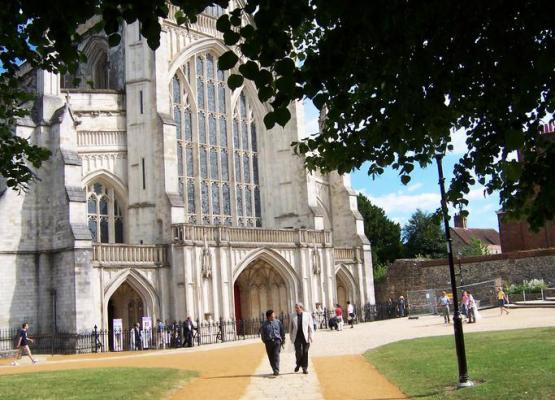 The first recorded presence of a cathedral in Winchester was founded in 642 by the Anglo-Saxons, on a site to the north of where the present cathedral stands. This building was known as the Old Minster, however, when the Normans invaded, they set about demolishing the Old Minster. Using the stones from the Old Minster, the new cathedral was consecrated in 1093.

Over the years, many successors of the cathedral have made their mark on the spectacular building, including gothic arches which were added in the 14th century. However, parts of the original Norman style architecture from when the cathedral was first built by Walkelin, Bishop of Winchester, can be still be seen today.

At the beginning of the 1900s, fear began to grow as people suspected that the east end of the cathedral would collapse due to centuries of subsidence. A deep-sea diver, William Walker worked for 6 years in total darkness to stabilise the cathedral. The process involved over 25,000 bags of concrete, 115,000 concrete blocks and 900,000 bricks.

Visitors will have plenty to explore and discover in Winchester Cathedral, from the guided tours of the cathedral, to visiting Jane Austen’s grave, to looking at the Winchester Bible – a new prayer book that was written in English so that everybody could understand it, to viewing the various statues and treasures that the cathedral holds.