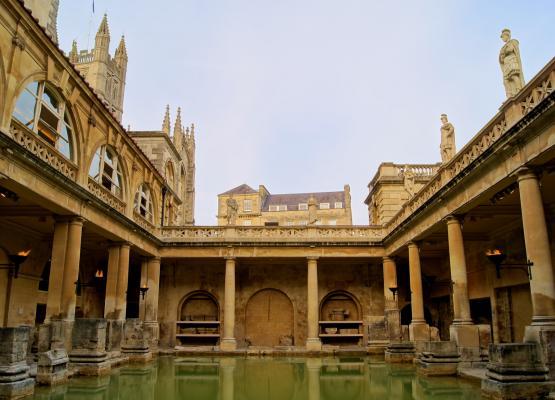 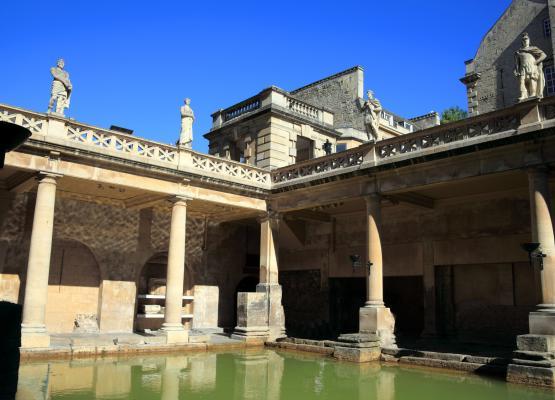 Hidden beneath the city of Bath, the Roman Baths is one of the most popular tourist attractions in the UK and remains one of the finest historic sites in Northern Europe.

The Roman Baths have played a key part in the city since 70 AD. Built on top of the city’s natural hot springs, this grand bathing and socialising complex now lies beneath the present city as one of the best preserved Roman sites in the world.

The Baths are made up of four main features: the Sacred Spring, the Roman Temple, the Roman Bath House and the Museum, and at the heart of the complex is the Great Bath, a lead-lined pool filled with steaming, geothermally heated water from the 'Sacred Spring'.

Visitors will be able to walk on the ancient pavements just as the Romans did 2,000 years ago. Visitors can also stand on the terrace, view the statues, explore the remains of the heated rooms and changing rooms as well as tepid and plunge pools.

The Baths also have a fascinating museum that displays artefacts discovered on site or in the local area. There is a gilded bronze head of the goddess Minerva, a striking carved gorgon head (which is rare in that it resembles a male) and thousands of Roman coins that were thrown into the spring as offerings to the goddess. Visitors can see scaled models of what the baths and temple might have looked like thousands of years ago and engage with costumed characters who explain what life was like during this historic period.