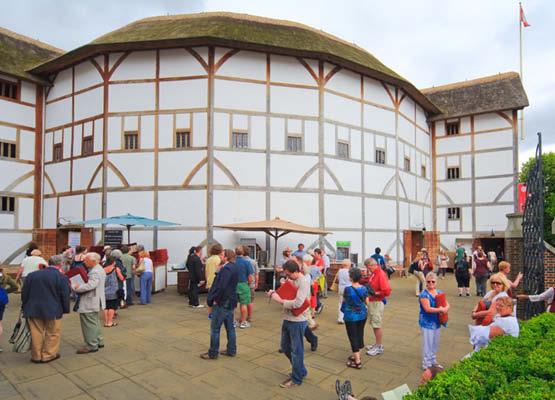 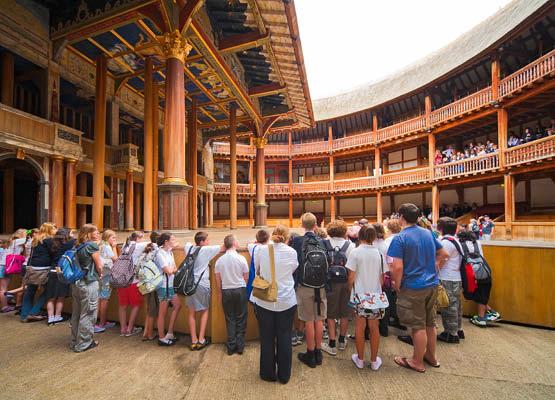 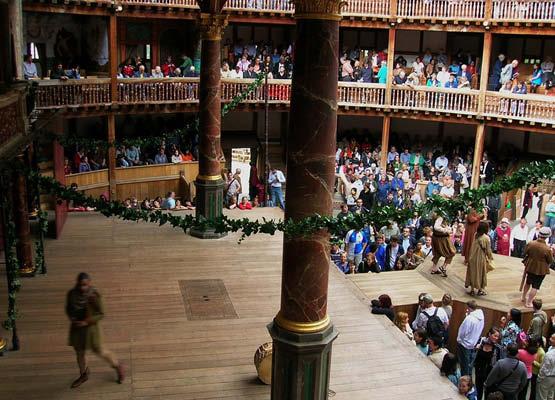 After decades of campaigning by actor Sam Wanamaker, who upon arrival to London in the 1940s, was disappointed to not to find a more lasting memorial to the renowned playwright. A faithful recreation was built, opening its doors to the public in 1997.

The informative and engaging Globe Exhibition explores the life of William Shakespeare, the Globe Theatre, and what life would have been like in Shakespearean England. Tours of the theatre are led by storyteller guides who will bring the story of the theatre to life.

The theatre holds half the capacity of the original, allowing visitors to have more space, despite this, the rich feel of what it was like to be a ‘groundling’ or ‘stinkard’ stood in front of the stage is still very much there. Performances take place at The Globe from late April until early October.

The Globe also now offers performances in the recently opened Sam Wanamaker Playhouse – a candlelit indoor theatre within the Globe’s building, which presents plays in a traditional Jacobean setting.