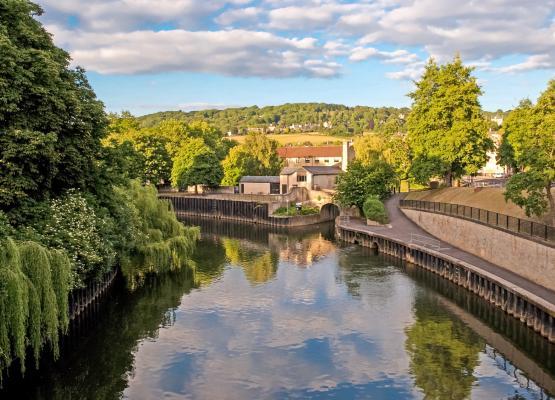 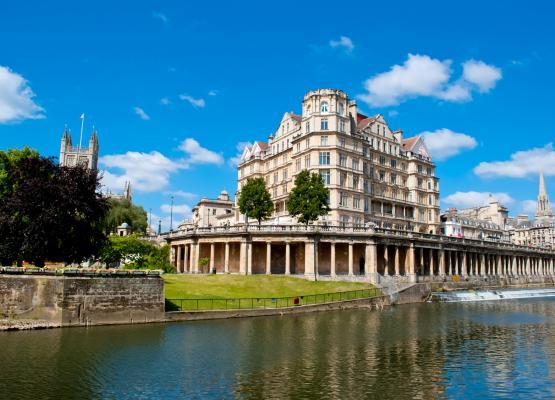 The World Heritage Site that is the city of Bath sits in the valley of the River Avon, in Somerset, and lies to the southeast of Bristol. The city has a thriving tourism industry with a host of theatres, museums and independent boutiques, making it a popular location for visitors.

The Roman Baths and Temple are the city’s most popular tourist attractions; visitors can experience the astonishing structures and view the stone remains of one of the finest religious spas of the ancient world.

With its fan-vaulted ceiling, rich stained glass windows and incredible architecture, Bath Abbey is another unmissable attraction. The Abbey was founded in the 7th century, reorganised in the 10th century then rebuilt in the 12th and 16th centuries. The first sight most visitors see of Bath Abbey is the West front, which features a stone carving of Jacob’s Ladder, where angels ascend and descend the ladder to heaven.

Bath is also well known for its breath-taking beauty. Visitors can explore the Bath Skyline, which is famous for its wildflowers and views over the city. There are paths less-travelled and hidden valleys, which are perfect for picnics and relaxing. There are also a number of parks and open green spaces ideal for long walks or soaking up the sunshine in the summer months.

We have homestay accommodation in the Somerset towns of Frome and Trowbridge, and the Wiltshire town of Warminster, all within easy reach of Bath. Each of these Towns is unique in their own right, offering visitors great examples of West-country living in traditional English towns.